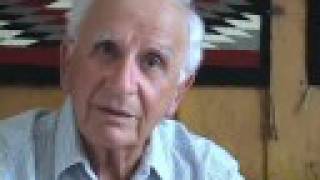 Pioneer adoption reformer and adoptee rights advocate Dr. Reuben Pannor died yesterday at the age of 90.  I never had the pleasure of meeting Dr. Pannor but am familiar with his work and the great honor he bears in the reform movement.

Below is is Reuben’s obituary, written by his son Jonathan and posted on the CUB list by Karen Vedder. I had no idea what an interesting man he was inside and outside of adoption).

Reuben “Ruby” Pannor, a social worker and pioneer in the field of open adoption, died on December 22nd, 2012, at the age of 90. A man overflowing with kindness and empathy, Reuben was universally loved by family, friends, colleagues, and all of those in the “adoption triangle” (birthparents, adopted persons, and adoptive parents).
Reuben and his twin brother Harry were born on July 4th, 1922, to Rose and Isidor Pannor in the small village of Slobodka, in Lithuania.  The twins and their younger sister Esther spent their early childhood surrounded by generations of extended family. In response to growing anti-Jewish sentiment prior to World War II, Reuben’s immediate family immigrated to America when Reuben was eight years old.
Reuben grew up in Poughkeepsie, New York, where his parents, early union supporters, worked as tailors in a factory. When World War II started, Reuben joined the Army Air Corps.  Stationed on Fernando di Naronha, an isolated island penal colony 100 miles off the coast of Brazil, Reuben was responsible for predicting the weather over the Atlantic Ocean for use in military operations. He later awed his children and grandchildren with tales of befriending the island’s prisoners and his uncanny ability to identify clouds and forecast the next storm.
After World War II, the GI Bill enabled Reuben to obtain an undergraduate degree from Cornell University and a Master’s Degree in Social Work from Columbia University.  One day in 1948, he was visiting the Museum of Modern Art in New York City, where he repeatedly found himself gazing at the same paintings as Sydell Alpers, a Poughkeepsie girl who recognized him as one of those handsome Pannor twins. In Sydell, Reuben found a true match in temperament and intellect, a shared passion for social justice, and a soul mate.
In 1953, Reuben and Sydell followed Ruby’s twin brother, Harry, to Los Angeles, eventually moving to Pacific Palisades to raise their three children. For thirty years, Reuben worked at the nationally recognized child welfare agency, Vista del Mar of Los Angeles, where he became the Director of Community Services and later Director of Adoptions. Through his clinical work, he noticed that the needs of birth fathers had been overlooked, leading to the publication of his first book, The Unwed Father, co-written with Byron Evans. Through his interactions with birth parents, adoptive parents and adoptees, Reuben developed several key insights: that birth parents often suffered for years from their loss, that it was natural for children to wonder about their biological origins, and that adoptive parents’ relationships with their children were strengthened, not harmed, by openness about adoption.
In 1978, he wrote a seminal book, The Adoption Triangle, with co-authors, Annette Baran and Arthur Sorosky. This book argued that adopted children had a right to know about their origins and that laws preventing this were cruel and should be abolished. Reuben championed the belief that knowledge of one’s origins should be a civil right for all. Another book,Lethal Secrets, co-written with Annette Baran, addressed issues of secrecy and genetic heritage for those who had children through donor insemination. Reuben received numerous awards for his work, including citations from the City of Los Angeles, the State of California and the United States Congress.
Reuben touched countless lives and engaged in many communities. He was constantly sought out for his wise counsel. He always had time to listen and he gave the best advice. He was a prolific storyteller, captivating his children and grandchildren with long, creative tales he made up as he went along. Reuben inspired in his family a great passion for the outdoors. Yosemite Valley, Sequoia, The Sierra, the Colorado Rocky Mountains, and the Alaska wilderness were second homes. Closer to home, Reuben was frequently spotted walking his dog through the Palisades, engrossed in political conversations, and schmoozing in Mort’s Deli.
Reuben’s surviving family include his wife of 62 years, Sydell, his children, Suzanna, Gerry (husband Rick), Jonathan, and his grandchildren, Sarah, Michael, David, Viva, Golda, Ari, Jacob, and Sam. Reuben touched all who knew him with his unconditional love and is lovingly remembered for his profound compassion, commitment to reducing suffering, ready chuckle, and his smiling eyes.
A celebration of Reuben’s life will be held on Thursday, December 27, 2012, 1:00 pm, at Congregation Kehillat Israel, 16019 Sunset Boulevard, Pacific Palisades, California, 90272.

You can read n interview with PACER that Reuben made in 1998 here.

I’m having problems posting  a 3-part video of Reuben, but if you go to this link you’ll find them.  Part 2 is dedicated to unsealing records,  adoptees, and first parents.. Part 3 covers adoptive parents and the adoption industry.

Bastard Nation and Bastardette send our condolences to the Pannor family.