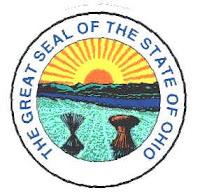 I’m late in getting this posted, but I wanted to file a short report on the April 17 hearing for SB23 at the Ohio Senate Medicaid, Health, and Human Services Committee. You can also read an update on the ROAR site (Update #13).

This was the first proponent hearing (the sponsor hearing was held on February 13). and consisted of two groups of witnesses.  The first were adoptees, some from out of state; the second “the experts.”

Kicking off the hearing was adoptee poet Wendy Blitzer Barker  who came all the way from Texas to tell her story and support the bill. She was followed by Jeffrey Costello (Atlanta),  Erin  Hopkins McHugh, Ohio firefighter  Stephen Kelly, and Julia Derry.  Some told jerk-around stories relating to their individual probate court request for non-ID, which indicated that some courts are or have been in the past, out of compliance with current Ohio non-ID laws. And  I was beginning to think I’d heard it all!

These witnesses were followed by Professor Elizabeth J Samuels  (University of Baltimore Law School) presenting the history of sealed records in the US and former Maine State Senator Paula Benoit sponsor of the bill that restored the right to OBC access in her state. Also Betsy Keefer Smally, IHS Adoption Training Managing and Ohio Adoption Planning Group co-chair.

Finally, former opponents-turned-supporters took the podium. Catholic Conference of Ohio Government Relations Director Jim Tobin, laid down his one-page testimony and simply said,  “it’s the just thing to do.”  He was followed by the new Ohio Right to Life Legislative Director Kayla Smith, backing up the House testimony of  former ORTL Leg Director Stephanie Ranade Krider. Smith’s  testimony ramped it further, though, taking up facts adoptee rights activists have used  for years, usually to no avail:

Legal guarantees could never have been made to these mothers to ensure their children would never have access to their original birth certificate. Again, this was not the intent  of the law even in 1964 when it was enacted, but the law always provided that adoptees, at age 18, could petition the probate court that sealed their records to release them if the court found good cause.

Obviously, in politics, source means everything.

You can read written (and presented) and submitted testimony at the ROAR link above.

Washington State pols take note:  the committee was more than supportive, so much so that Sen. Charleta Tavares asked “How can we make this bill better?  How can we make it easier.”  Yikes!  If she’d asked me, I’d have said, “Amend to exclude all 1996 Disclosure Veto language and void the handful of vetoes filed under the1996  DV provision. Restore the right of all Ohio adoptees, not just most.”

But nobody asked me.

Another hearing is scheduled for Wednesday April 24 where amendments pertaining to Department of Health/Vital Statistics procedures for OBC release will be discussed, and then probably voted out. The companion HB61 has already passed the House.