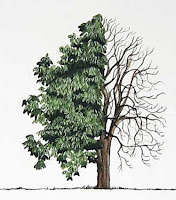 Kate blew us away. Next week more mothers will testify. I’ll be sending out an action alert on that shortly.

With Kate’s permission, I’m posting her testimony below.

Testimony in Support of the Reinstatement of Unrestricted Access to Original Birth Certificates
Sub HB 7
April 23, 2008

My name is Kate Livingston and I am a 26-year-old resident of Columbus. I am an alumna of Columbus School for Girls and Smith College and I will be starting graduate school at the University of Cincinnati in the Fall. I am here today to speak in support of the reinstatement of unrestricted access to original birth certificates in HB 7 because, for the past 21 years, my family has been profoundly impacted by adoption. I myself am a birthmother in an open adoption. My son, Andy, is 6 years old and lives in Granville, OH with his adoptive family.

Notably, I am one of three birthmothers in my family. In the late 1980’s, two of my mothers’ sisters faced unplanned pregnancies and placed their children for adoption in Ohio. My Aunt Mary Chellis placed her firstborn daughter, Rose, in a closed adoption in 1988. Aunt Nancy Taylor placed her firstborn son Michael in a closed adoption in 1986. Michael and Rose, now 21 and 19, are both adult adoptees subject to Ohio’s tiered restricted access law.

In my own experience, I became pregnant during the first semester of my sophomore year in college. I was 19, had never lived on my own and was not confident that I had the means to financially support myself. Moreover, the fact that I was unmarried and pregnant was such a disappointment to my family, that I lost, for a time, even their support. I come from a large, conservative, pro-life Roman-Catholic family. Both of my parents work at St. Patrick’s Church in downtown Columbus. To put it mildly, the notion of me becoming a single, unwed parent was not considered a viable option.

My Aunt Mary became pregnant while traveling abroad in Europe the summer before she was to enter medical school at Wright State University. As one of 10 children in my mothers’ family, she had worked tirelessly to put herself through undergrad at Ohio State and realize her dream of becoming a physician. Upon arriving back in the United States, she went away to live in West Virginia in an attempt to conceal the pregnancy and adoption.

The pressures that prompt women like us to choose adoptions are many and varied, but they are all very human issues that most people at some point face. The very difficult choice to place a child for adoption remains a response to external pressures that are present even in the best of circumstances- be it financial pressures, lack of support from one’s partner and family, the difficulty in working and raising a child, lack of support from the community or church, or the tragic impact of racial, gender and class inequalities.

Many birthmothers historically have had little to no agency in the outcome of their pregnancies. The very notion that my aunts freely chose legal anonymity in the 1980’s is fairly ludicrous. Closed adoption was the only option- legally, socially and certainly within the context of my large Catholic family. Women like my aunts were rarely given the opportunity to acknowledge their pregnancies let alone acknowledge the impact of adoption on their lives.

Almost two decades after my aunts placed my cousins for adoption, I too faced the same social stigma as a young, pregnant teen, and I continue to shoulder the difficult stigma of birth-motherhood. Even now, with almost seven years as birthmother in an open adoption under my belt, the pressure to live as though adoption is a singular tragic event in my life is still intense. I can’t tell you how many times I’ve been to the doctor and have stared at the following question on the medical history form: How many children do you have? For people like my aunts and myself, it is entirely possible to answer: NONE. With a tiered system of access to state birth records that serves to lock away our “shameful secrets”, we could certainly get away with it, couldn’t we? Many think that it’s better this way- that in obscuring the relationships between myself and my son, his life (and family life in general), might be less complicated for everyone involved.

In considering the question- how many children do you have?- I am faced with one of the most difficult parts of coping with adoption- the idea that I have something to hide- that adoption is something to be ashamed of. It has been a huge wake-up call to realize that many of the same people who encouraged me to do an adoption, who applauded me for giving life to my son, who praised my ‘courage’ and ‘fortitude’- also think that despite all of my efforts, my son would be better off not knowing who I was. What else have I and so many other birthmothers done, but accept responsibility for our actions, nurture our children for 9 months, face unparalleled social stigma- all to demonstrate that our children are worth all that the world has to offer- even if we cannot provide it ourselves?

So each time I am asked how many children I have- I answer truthfully:
One son. Andy, age 6. 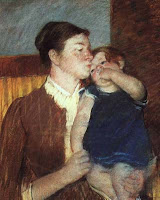 I have the opportunity to honor my son and demonstrate in the way I live my life that his birth is not something to be ashamed of. Denying Andy does not honor the physical pain of childbirth that I experienced in order to bring him into this world. It does not respect the 9 months that I nurtured him with my own body. It does not honor the experience of loss that I now shoulder so that he can have the kind life that I wanted for him. Denying Andy certainly does not honor the daily efforts of his adoptive family to provide for him. But most importantly, obscuring the fact that I have a son, does not honor Andy- with all his amazing humor, creativity and energy. Despite all the pressures and despite all the questions that I’ll have to answer throughout my life, I am grateful to be the woman that brought him into this world. I don’t need the State to shield me from my own experience.

Adoption enabled me to give my son what I felt at the time I could not provide- the stable home that he deserved. But OPENNESS in the adoptive relationship enabled me to give my son those things that I COULD provide- those things that I have a moral obligation to provide as a mother- unconditional love, undying support and a context of how he came to be in this world.

Being here today is a part of that responsibility. I’m here to insist that Andy should not have to sacrifice one part of his life for another. My son’s health and happiness is a testament to two families- his adoptive and birth families- who rejected secrecy and fear so that our son could live in full awareness of his roots and have a strong sense of belonging in his adoptive home. He will have one identity- one life- that will always be known to him. I believe that he is strong enough to live with a full understanding of his story and that he, like all adoptees, has a natural right to explore his history and identity on his own terms.

Like my son, I hope that someday my cousins Rose and Michael will have the legal opportunity to unrestricted access to their original birth certificates. If she chooses to do so, Rose will learn that Aunt Mary is the Chair of Emergency Medicine at Miami Valley Hospital in Dayton and is now an adoptive mother herself. Michael may learn that his birthparents later married, and that he has two younger biological siblings here in Columbus.

I encourage you to look beyond all that you have assumed of adoption, of adoptees, of women like me- and start today to open your heart to the tough reality of human experience. You can’t uncomplicate people’s lives. But you can begin to dismantle the shame and stigma that restricted access to records implies. You can demonstrate through your vote to reinstate unrestricted access that you believe in the legitimacy of the decision to do an adoption and you sincerely respect the women that make that choice.