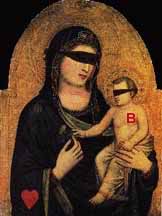 A few days ago while going over testimony for Ohio’s HB61, I found a most astounding story  from Ohio Birth Parent’s Group leader Kate Livingston.  It was taken from her MA thesis, which documents through primary sources and interviews the involvement of Ohio Right to Life’s big role in the continued sealing of OBCs in the state. (As far as I know Kate’s thesis isn’t online. It should be!)

Testifying that the intent in sealing records has never been to protect the “privacy” of relinquishing biological parents Kate quoted Rep, Edward Schumacher, chief sponsor of HB 202, the bill that sealed Ohio’s post-1963 records”.

My bill closes the book on background, which is the way it should be handled. My law gives the child a clear [sic] slate. [Adoptive] Parents start right away providing the child with necessary guidance and direction. They don’t have to waste time on heredity. People lay too  much stress on heredity. It’s advisable for children not to know they’re adopted. If they knew, they’d be seeking to find out why they do certain things. If a kid knows he’s adopted, he has a crutch. ‘Oh, that’s not my fault,’ he’ll say, ‘that’s my [birth] family’s fault.’ I closed the book because knowing isn’t going to change a thing. This law gives the child an opportunity to start some place as if that were the day he was born. It’s better for society and for the child if he doesn’t know he’s adopted. If told, it forever creates a yearning. They just start asking a lot of questions.”

Little can surprise me anymore, but Schumacher’s astonishing ideas are so out of the ballpark that I feel they need to be broadcast and distributed to show just how nonsensical the sealed records debate (if you could call it that back then) was in 1963 and unfortunately remains today..

How a sealed birth certificate gives anyone but the adoptive parents a “clean slate” is a mystery. Does OBC availability stop adoptive parents from providing a child with guidance and direction?  Were those Ohioans adopted before January 1, 1964 reared without them? Are pre-1964 Ohio adoptees basket cases because they can find out where they came from and post 1963 adoptees happy clams because they can’t?

Oddly, a few years ago, Tom Atwood, then the CEO of the National Council for Adoption argued that if adoptees knew they could get their OBCs at the age of majority then, they would be a constant terror to their adoptive parents do whatever they want,  knowing that at 18 or 21 they could leave home and go back to their real parents. Well, my OBC was always available.  Iit never occurred to me that I could  terrorize my adoptive parents and then return “home” as an adult, though I once threatened to run away when my amom attempted  to send me to the Jane Skinner Modeling  School which had nothing to do with adoption, and everything to do with my dislike of dresses.

Even by the most conservative adoption standards of the day, Schumacher stands alone. Never has any credible adoption professional advocated that adoptees NOT be told they are adopted   Now I guess I need to look in the Ohio Birth Index Supplementals to see if  Schumacher had a little secret. He had several step children, who I assume knew their status.

By the way, Schumacher, explained his legislative philosophy in a 1951 interview in the Cincinnati Post:  I like to see things done slowly and steadily, so they don’t have to be done over.”

Well, guess what Ed?  We’ve been doing over your work for decades! Steadily and unfortunately slowly.