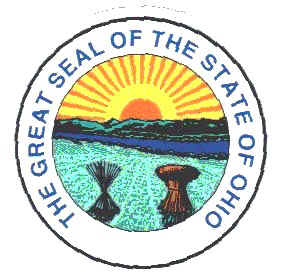 Hell froze over in Ohio last Wednesday for the second time, when The Ohio Catholic Conference endorsed HB61, a bill  to restore the right of unrestricted OBC access to those person adopted in Ohio between January 1, 1964-September 17, 1996.  The access right of those adopted after that date is left high and dry due to the 1996 Disclosure Veto compromise which gives biological parents the special privilege  that no other person has, to bar the state from releasing the OBC.  Ohio Legislative Services  which nitpicks every bill  for legalities that crosses its path in  the Statehouse, won’t let that one go.Yet. Ohio Vital Statistics does not keep track of the number of DVs submitted  but it’s believed to be  a small number, perhaps less than 20.(I”ll be writing more about this later.)

You can read Tobin’s testimony here. And,  here’s a picture of the relevant testimony taken by Linda Niehaus, whom I sat with:

The hearing started out with a whimper, but ended with a bang (apologies to TS Eliot).  About 45-50 witnesses and supporters from around the state attended.  Due to “floor business” the hearing, scheduled for 3:00 PM didn’t start until nearly 5:00 PM    From past experience I knew that committees don’t like to run on after 5:00 and by 4:30 I half-expected the hearing to be cancelled.  (Other bills were up for testimony, too.)  But at 4:55 leggies began to troop into Room 121,  Due to time constraints only Betsie Norris from Adoption Network Cleveland and Adoption Equity Ohio/ROAR testified, mainly responding to questions brought up at the last hearing.  Remaining testimony was submitted. That ” remaining testimony” included an endorsement from Jim Tobin of the Catholic Conference, a traditional opponent, with the already supporting Ohio Right to Life (see entry below this) of OBC restoration. No opponent or neutral testimony was offered. Judiciary voted the bill out unanimously 12-0. HB61  now heads for the House Floor, where I personally believe it will pass.No date has been announced yet, but it could take place as early as this  week.

The hearing for companion bill, SB23, originally scheduled for March 20 in the Senate Medicaid, Health and Human Services Committee has been cancelled.  The bill will most likely be heard the second or third week of April.  Starting next week, the legislature is on a two-week spring break.

For more information on the bill and hearing go to the ROAR site and click on Update 10. Bastard Nation is not affiliated with ROAR or this legislation.

Here’s some pictures from the March 13 hearing.