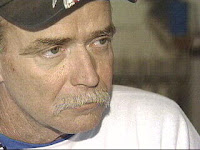 Here’s a quick update for this afternoon. Things are popping so fast, it’s hard to keep up. I’d like to write about what happened yesterday on Day One of the lame duck special session of the Unicam, but I’ve absolutely got to finish my testimony today.

The Tate-Mote case continues to be in the news.
Ronnie Tate, (left) father of the 8-year old dropped off in Omaha last week, has announced his intention to seek custody of the boy He is well aware that his 1988 child molestation conviction will hinder his chances of getting custody. Tate maintains he was innocent of the charge.

The article and a video of Tate are here.

Tate’s case bring up the untouched subject of what are the rights of the non-dumping parent.

Yesterday Tate and his ex-wife Stephanie Mote and Mote’s father appeared in Wabash County Juvenile Court for a hearing to determine temporary custody of the boy. Mote’s attorney, not surprisingly, said that “it is extremely unlikely” that any of the boy’s relatives will get custody.

Juvenile Court Judge Robert McCallen III has barred the press from the courtroom and ordered all parties in the case to halt interviews with the press. Mote had planned a 7:30 pm press conference which was subsequently cancelled.

Moving on…
The 11-year old boy flown in from Florida has been ordered to return to Miami-Dade County. He will be placed in the custody of the Florida Department of Children and Families. No details are available. The boy and his father flew to Omaha on November 12.

Some parents cry…others are angry
Time Magazine continues its coverage of the Nebraska Fiasco in The Abandoned Children of Nebraska. Today’s entry includes the poignant observation of Immanuel Hospital social worker, Courtney Anderson:

For each abandonment, there are just as many parents who arrive at the safe haven but, in the end, don’t carry through, says Courtney Anderson of the Immanuel Medical Center in Omaha. As a medical social worker, she has been on duty in the ER when some of the abandonments unfolded. “Some parents want us to threaten the child — they feel that would set them straight.” Some parents cry; others are merely angry. Some children begin to cry when they figure out what’s going on, says Anderson, while others are hardened veterans of the foster care system and “are used to these ups and downs.”

Courtney Anderson and her seven fellow emergency room social workers at Omaha’s Immanuel Medical Center have seen 11 children surrendered to state custody. They found children who had no idea that they were being turned over to the state.

“I’ll go in and say, ‘Do you know why you’re here?’ ” Anderson, 29, explained in her first interview with a reporter. “If they don’t know, I’ll say, ‘We don’t know all the details of what’s going on, but you’re safe.’

“We offer them a blanket, something to eat and turn the TV on.”

The reactions from the teenagers vary.