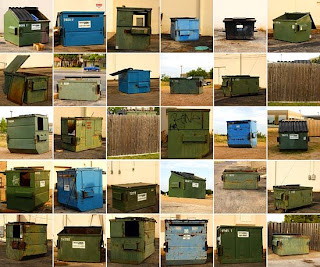 I’ve split my latest entry in half. The two weren’t coming together as one and read awkward. The second half will be posted later tonight

KCCI-TV (DesMoines) and the Associated Press reports that last night a woman took her 18-year old adopted daughter to Lincoln’s BryanLGH in an attempt at “safe haven.” The adoptee is reported to have learning disabilities, is bi-polar, and refuses medication.

From Assistant Police Chief Jim Peschong: “The adoptive mother says that the daughter refused to take some medication for some conditions… She won’t listen to her, can’t control her.”

The Omaha World-Herald reports that the mother sought assistance from the state but “got nowhere.” DHHS, which has previously denied 18-year olds “safe haven protection” says it’s looking into the case. (see addenda below for update)

So far, one other dumpee has been confirmed as adopted, 2 others reported (but not confirmed) as kinship adopted. I believe there are more.

Previously, two attempts to use the law on 18-year olds–a do-it-yourself in Grand Island and a traditional dump at Immanuel MC in Omaha–have been denied by DHHS. 18-year olds are “too old” for “saving.” And it seems it’s not legal for somebody to “save” themselves from parent or caregiver abuse and neglect since LB 157 is only about “saving” abandoners from being prosecuted for an act that anywhere else in the world is considered reprehensible, cruel…and actionable.Who saves the victims?

What options do 18-year olds have in Nebraska?

Too old for foster care (unless already enrolled). Too young to be on their own.

Here is the experience of the 18-year old who attempted to “safe haven” himself in Grand Island six weeks ago and Joan Schwan, the therapist who tried to help him:

She saw the gap most recently when she housed the Grand Island teen, who in September, attempted to turn himself in at St. Francis Medical Center under the safe-haven law.

He was over the age of 17 and wasn’t turned in by a parent, so didn’t qualify to enter the Health and Human Services system, Schwan said.

He stayed in her home with Schwan and her family for three weeks, while Schwan tried unsuccessfully to find him placement in various community service programs.

The Salvation Army, which runs a shelter for homeless men, requires participants to be 19. The Boys and Girls Town Shelter was full and had been multiple times over the past year when Schwan had contacted them on behalf of other clients.

State wards who are designated prior to being 18 can remain a state ward through the age of 18, she said. 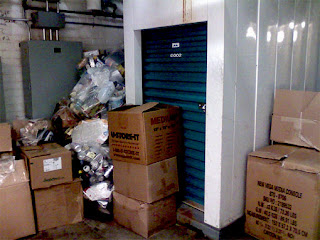 Schwan said Grand Island’s safe haven teen was told to leave home by his mother’s boyfriend, had lived for more than a year with his grandmother in an area storage unit and has been in four high schools over the past four years.

“He just wants to finish school,” she said.

Kids like him need a safe place to go — even just temporarily, Schwan said.

Likewise, she said there are families with high-needs adolescents who need a safe place to take those children — even if it’s just temporarily.

High-needs adolescents may have issues with fire-starting, drug and alcohol use, sexual promiscuity, stealing, mental health issues, anger, dishonesty with their whereabouts, or engage in self-harm, she said.

“If we had a respite place, when a family is under stress they could take the child and say, ’We need a break,’ we wouldn’t be having to drop them off at hospitals,” Schwan said. “They could have time to regroup, cool down, develop a plan.”

Living in a homeless shelter and graduating from high school are such modest goals. It’s hard to begrudge him.

Addenda: As I was finishing this entry, Nebraska DHHS issued a press release saying did not consider the Lincoln attempt a “safe haven” but is providing assistance to the young woman on a voluntary basis.”

It also announced a successful dump of a 17-year old boy at Creighton this morning. No details.

This leaves us with a total of 30 Big Kids dumps and 11 attempted dumps.