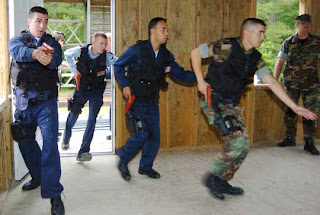 Recently, Minnesota Senate File 3193 passed the legislature. It would have opened original birth certificates to all adoptees unless a disclosure affidavit (veto) is on file. Currently anyone adopted before 1977 is blacklisted. Anyone born after that date has access unless a birth parent has filed a veto–a very active veto. In Minnesota, you see, whenever an adoptee requests their original birth certificate, the state (or its contractor) hunts down natural parents to see if they consent or object to their bastard’s request. If they object, or if the state’s super sleuths can’t track them down–then their poor bastard gets nothing, unless he or she….goes to court for a “review.” The veto remained in 3193.

Governor Tim Pawlenty vetoed the bill. Of course, Bastardette is happy that he did. But not for the same reasons. Pawlenty isn’t happy when the state breaks promises to desperate and hiding middle aged natural parents. Bastardette doesn’t like it when the state forges government documents about her friends.

Pawlety’s veto message is in pdf form, and I’m not sure if this will get you there, but try it: Ch.%20330%20Veto%20Message.pdf Here’s what Pawlenty (or NCFA) wrote:

This bill would erase the long-standing presumption of confidentiality for adoptions occurring before 1977 and make those records accessible in the same manner as more recent adoptions….sealed and confidential…. Although many birth parents may not object to the release of the pre-adoption birth certificates a significant number choose to preserve confidentiality. Statistics available from Lutheran Social Services indicate that, on average, 23 percent of the birth mothers contacted declined to release identifying information,. Releasing this information without their knowledge or consent has the potential to undermine the law and promises that existed for pre-1977 parents….Before 1977, the law supported a birth parent’s expectation their identity and birth records would be forever sealed and confidential. Breaching the promise of confidentiality previously given to these birth parents is not appropriate. Any change of their legitimate expectation of confidentiality must include meaningful notice of the change to the law and an opportunity to protect confidentiality. 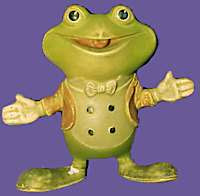 (1) I’m unsure if Minnesota contracts out search and destroy missions to Lutheran Social Services or if Pawlenty is using their “statistics” as an example. But, why would anybody want to talk to a stranger–a snippy social engineer with a fancy job title from Lutheran Social Services? Why perpetuate the harm done 20 or 30 or 50 years ago by another snippy stranger social engineer?. Natural parents and adult adoptees are all grown up. We can handle our own affairs. Why don’t you go handle yours? Maybe you’d like it if I told your husband about you and Guy Noir.

(2) What promise of “confidentiality”? Did NCFA plunk its magic twanger and produce some promissory document signed by a functionary placing parents in the Minnesota Birth Parent Protection Program?

Good riddance to bad bills, but let’s be realistic!

Outside of compromises that give favors to some, not restoration of rights to all, there’s a little practical matter. It still won’t pass muster with the Axis of Evil. No matter how much deformers remain compliant, roll over, and take whatever they think they can get (but won’t) why do they continue this Kabuki show? The Axis of Evil finds disclosure vetoes, contact, vetoes, white outs, black outs, CIs or anything else you can come up with to subvert your own mission, unacceptable and will continue to kick sand in your face. Maybe a Charles Atlas makeover would help.

Thanks to J for the update!