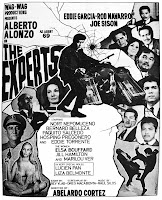 When the California Adoption Reform Effort (CARE) announced itself in January 2009, it also announced a list of CARE “committee members”–its dream team recruited to help them turn California into a adoptee paradise. I was surprised at some of the people who should know better who showed up on the roster. Other people did not surprise me. The list has never appeared on the public CARE website, though it may be in their special “members only” section. Since $85 is a lot of money to pay to see who CARE glommed on, we regretfully decline the membership offer.

I want to make clear that not all of the dream team have been involved in a substantial way with CARE nor are they necessarily on its board.

I’ve spoken to a couple people listed and they said they signed on only to act as advisers if asked. Whether their advice is taken is up for grabs. Some members appear to be window dressing. All should consider pleading temporary insanity and take a long rest in the country.

If you want to read the utter contempt with which CARE’s minions hold us ordinary unkempt bastards go over to Joy’s Division Yes, Miss Stephanie Williams, I’m Surprised, but No it is Not Pleasant entry where the ubiquitous “Rich Patrick” (Anonymous on Bastardette) lectures Joy on her stupidity while he shows an abysmal lack of knowledge of the history of California’s sealed obc law. Dale Carnegie he’s not:

Have you ever been to school or even studied Common Sense 101? You can’t just jump to the conclusion you like or nobody will listen to you. Obvious they don’t except your little groupthink buddies. Adoptees would not have their records sealed if CA had no Privacy guarantee in its constitution. The lawmakers would have no basis but they did so they did make laws. So yes all adoptees records are sealed because of the privacy right that gave the original lawmakers a legal basis.

How much longer can CARE continue to blunder on?

When will the dream team wake up and smell the nightmare?

17 Replies to “IN CASE ANYONE CARES: CARE DREAM TEAM”