Thank you for placing HB1830, the so-called “safe haven” bill, on your list of potential vetoes. We know that you are under political pressure to let the bill pass into law with or without your signature, and we urge you to make good on your intent to veto.

Not one adoption reform organization on the mainland supports safe haven programs. 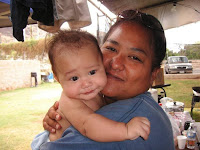 “Safe Haven” Hawai’an-style rejects hanai: extended family and community care. Not only will Native Hawai’ians, surrendered through the anonymous system be denied their native heritage but also benefits to which the are entailed to legally since they will unable able to prove eligibility

Since 1996 there has been one media-reported prosecutable newborn death and no reported cases of unsafe newborn abandonment in . Even proponents agree that newborn abandonment in the state is negligible. Incredibly, though, they insist that unless HB1830 is enacted “confused parents” will be “forced” to use The Dumpster to get rid of their “problem,” even if they don’t use it now.

Why “fix” something that’s not broken?

Anonymous baby dumping is not an acceptable cultural practice in now. No law should make it acceptable for the future.

Please continue to stand courageously for ethical child placement and the right of identity for all Hawai’ians.

Bastard Nation is the largest adoptee civil rights organization in . We are dedicated to the recognition of the full human and civil rights of adult adoptees. We advocate the opening to adoptees, upon request at age of majority all government documents which pertain to the adoptee’s historical genetic and legal identity, including the unaltered birth original birth certificate and adoption decree.