No…adoption records continue to be substantially sealed in Missouri thanks to the 2016 MARM deform sell-out that turned Missouri adoptees into the Walking Dead by ram-roddng through zombie vetoes/redactions, that made OBC access harder for most than it was before.

But…our friend and ally, Reclaim the Records, has won a major court victory against the Missouri Department of Health and Senior Services for public records access that will soon make information gathering and searching much easier for Missouri adoptees and their families.

You can read the background and decision here, but here are two good cheat sheets from the Kansas City Star and Tech Dirt.

In 2016 Reclaim the Records, using the Missouri Sunshine Law, requested a simple database extraction of state birth and death listings from January 1, 1910-December 31, 2015. According to Reclaim the Records attorney, Bernie Rhodes, the extraction should “take only a few keystrokes” to complete. DHSS , however, for reasons unknown, responded with a “backdoor denial.” It first demanded $1.49 million to fulfill the request, crazy-claiming compilation would take over 35,000 staff hours at $42.50 per hour (!) When Reclaim the Records balked, the fee was lowered mysteriously to a still high $5000. Then, DHSS rejected the request in full and ran to former Missouri Registrar Garland Land for advice on how to keep the birth and death indices from public perusal.

Land replied to DHSS in part, advising SHSS to force a lawsuit:

I would not honor the request. I would require them to take you to court and
then bring in national genealogical [sic] and vital records experts to testify
why making indexes is not good public policy.

And create a permanent closing of the indices:

By delaying this you might file a regulation or get the Legislature to clarify the intent of the law.

According to Reclaim the Records director  Brooke Schreier Ganz, “This is a form of public data that is easily and freely available in other states. There was no reason for Missouri to be withholding it from the public.” St. Louis Post metro columnist, Tony Messenger, agrees.  Messenger, who has written about other DHSS records disputes says the case doesn’t conform to the usual MO of public officials or government agencies attempting to hide “inappropriate behavior. “A citizen or reporter gets wind of the information and files a Sunshine Law request for documents. The public body denies the request or says it will cost a kabillion dollars to retrieve the documents, hoping the snoopy-snooperton goes away.”

the secret plan advocated by Mr. Land…, which DHSS followed meticulously – is a textbook case of a purposeful violation of the Sunshine Law.” [It] “represents an utter disdain for the public policy of this state that records of public governmental bodies be open to the public unless otherwise provided by law.”

Judge Joyce ordered DHSS to release the indices to RR for a fee of a little over $2.500, fined DHHS $12,000 and awarded attorney fees to Reclaim the Records that could run as high as $150,000. Of course, none of that money will come out of the personal pockets of Garland Land, DHSS., and associated homeboys. Taxpayers, as usual, will foot the bill as usual. 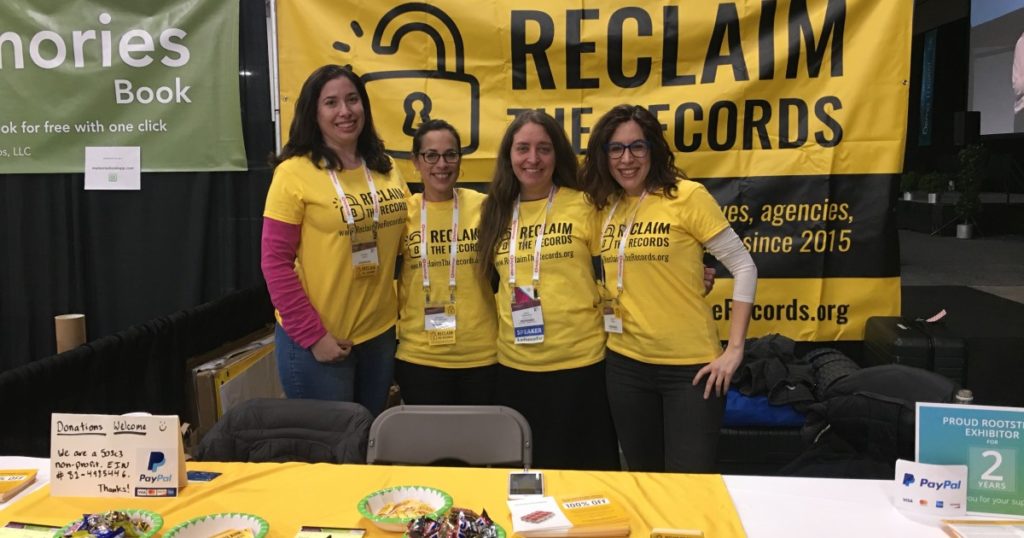 After the decision, Brooke Schreier Ganz told Bastard Nation, “We at Reclaim The Records are so pleased that the Missouri Department of Health and Senior Services will be held accountable for their actions in purposely and knowingly breaking the state Sunshine Law. We thank the judge for her ruling, and we look forward to releasing these important public records back to the public, for free public use, as they always should have been.” (Photo: Brooke Schreier Ganz/WKUF)

Outside of the blatant arrogance of DHSS to block access to non-controversial commonly requested records, and a sneaky and ultimately unsuccessful attempt to change the law to cover its ass, the most curious aspect of this case is that DHSS and Galand Land actually believed that “genealogical experts, vital records experts  historians and journalists actually lobby for closed or sealed public records Apparently, neither had they ever heard of the National Freedom  of Information Coalition,  ProPublica, Society of Professional Journalists, National Council on Public History  and hundreds of other organizations that support open access–or even Sunshine Week,

The irony is that DHSS and Land got what he asked for:

Reclaim the Records is not some small group of cranky Ancestry family hobbyists (nothing wrong with that! I’m one myself) It’s a non-profit association of genealogists, historians, researchers, journalists, and open government advocates committed to making genealogical data readily available to the public for free. Since it’s inception in 2015 it’s made tens of millions of public records available to the public, sometimes through lawsuits.

The organization’s board of directors includes a Fellow of the American Society of Genealogists (membership is limited to only 50 living fellows); the former Chief Technology Officer of FamilySearch, the largest genealogy organization in the world, which is operated by The Church of Jesus Christ of Latter-day Saints; and a forensic consultant to the U.S. Army who conducts genealogical research to identify potential family members of unaccounted soldiers from World War I, World War II, Korea and Vietnam for possible DNA matches with soldier’s remains recovered from the battlefield.

Reclaim the Records is also a Strategic Partner with the New York Adoptee Rights Coalition (which includes Bastard Nation) and was instrumental in recent unsealing of OBCs there.

Needless to say, Bastard Nation congratulates Reclaim the Records. We are proud to be associated with RR warriors. Although OBCs, for the most part, remain sealed in Missouri the coming public release of the state birth and death indices will be a big game-changer for adoptees searching for their own information and histories that Missouri so “cleverly” hides. 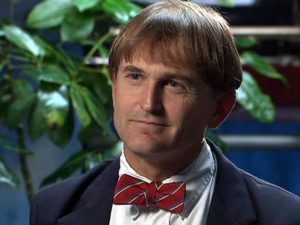 It is difficult to believe that Dumb-and Dumber look-alike Dr. Randall Williams, was not aware of this lawsuit and didn’t have a hand in keeping it going. Although he was not appointed director until 2017,  he has a long history of politicizing public records and promoting public records secrecy. As current director could have intervened by settling out of court or pulling its objections. Instead, he let it simmer.

Reclaim the Records is not the first DHSS tangle with Judge Joyce. Last year she ruled against Williams/DHSS after their refusal to release the result of lab tests on liquid St. Louis Police claimed was poured on them in a downtown protest in the wake of the acquittal of Officer Jason Shockley of murder in the police shooting of Lamar Smith in 2017. (The liquid turned out to be apple cider vinegar) . DHSS was socked with nearly $11,000 in fines and attorneys fees payable to the ACLU.  Citing “confidentiality” Williams and DHSS has also withheld records on the tick-borne Bourbon Virus, geographical reporting on the West Nile Virus, and the names of individuals and companies who have applied to the state to grow and distribute medical marijuana. When Williams was Health Department Director in North Carolina he downplayed the effect of coal ash contaminants on drinking wells, claiming his earlier warnings had caused “unwarranted fear.” North Carolina’s chief epidemiologist resigned in protest after Williams released an open letter defending what she called his “false narrative” on coal ash safety. We can’t wait to see what Williams does with Covid-19.

And who is the snoopy snooperton?

Williams, an OB/GYN  by trade, is a vocal opponent of abortion.

Last year the state’ attempted to shut down the St. Louis Planned  Parenthood, clinic, the last abortion provider in the state.  Williams, first denied, then admitted in his testimony before an administrative committee hearing that he had collected a spreadsheet of the menstrual cycles of 3000-4000 PP patients, collected by a state inspector with no medical training, in a wackadoodle statistical extrapolation scheme to prove that the facility had a higher rate of failed abortions than the national average. It doesn’t. Only two already reported failed abortions were found with another two undetermined.

Not satisfied with period peeping . Williams, around the same time, also mandated that women undergo an intrusive and often traumatizing , especially for victims of sexual abuse and assault–pelvic examination 72 hours before a scheduled abortion. including medical abortions–a procedure that gynecologists say is rarely necessary.