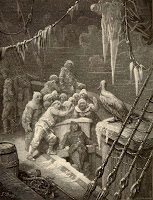 Laura Silsby is scheduled to return to Boise around 2:00 PM today. She was released from the Haiti Hilton yesterday after being convicted of “arranging unlawful travel” and sentenced to time served. Obviously, the Haitian government just wants this albatross off its neck and around the necks of the Idaho courts where her ever-expanding business and personal problems have roosted. Better Idaho than us.

As much as I’d like Silsby to spend a lot more time in the slammer, I am not surprised at the release. After all, the Haitians have more dire things to worry about than Bible Barbie. What did surprise me was Charissa Coulter’s appearance in court with Silsby. I had to play the tape back to make sure I heard right.

One of Silsby’s other partners-in-crime Jean Sainvil, a Haiti-born “pastor” in Atlanta is being tried in absentia, and his status is unknown.

Silsby (showing some leg in court) told the AP “I’m praising God” and apparently made no further comment until she was interviewed at the Port au Prince airport before clearing security. Megan Mattson, spokeswoman at the U.S. State Department, told the press Silsby was looking forward to returning home to her own children. Is that’s what known as a “Freudian slip?”

Central Valley Baptist Church is supposed to release a statement, but I can’t find one so far.

I don’t have any time this morning to comment further, but the video below from KTVB-TV (aka the Official Laura Silsby Fan Club) says more than I could write in the next 12 hours.

Once the legislative season is over, I’ll have more to write about Team Silsby and Yoram Puello. I have a lot of material I’ve not been able to put together. It will be fun. And maybe a partial antidote for the miserable deformist crap that passes for “adoptee rights” we’ve seen so far this year.

12 Replies to “EVEN HAITI DOESN’T WANT HER: Laura Silsby to Return to Boise Today”