The last few days, I’ve been having difficulty writing about TeamSilsby. The subject has grown cumbersome, and any subset soon takes on a life of its own, then collapses in its own immensity. As a result. I’ve got several disjointed pieces that go together in some way, but have no logical transition, and grow more complex each time I try to de-complex them. It’s enough to give me writer’s block.

So, I’ll take the easy way out for now and just throw some thoughts out. I’m still working on Part 2 of Haiti Earthquake Glorifies God; Also a piece on the Pickett family. But for now, here’s a bit on Charisa Coulter’s return.

Charissa Coulter has returned to Boise (via Miami) tearful and Jesused-up. According to news reports she was met by about 30 adoring fans at the airport, including five of her six Idaho cellies (Paul Thompson went missing). Central Baptists and friends after a brief prayer huddle burst into Amazing Grace upon her arrival. Of course, the real welcome will be for Mrs. Silsby. From the looks of the comments in the Idaho Statesman, though, (any article on TeamSilsby will do), when and if she’s released, CVBC will be forced to use more than a choir to fend off locals wielding pitchforks and torches. Curiously, the latest version of the church’s webpage makes no mention of its wandering member.

Coulter’s statements to the press on her arrival in Boise are disturbing. She showed an incalculable amount of arrogance, ignorance, and selfishness about TeamSilsbly’s “orphan” mission, the group’s flaunting of Haitian law, and the hideous consequences of their actions. Not to mention how the average person anywhere in the world feels about them. Coulter’s “it’s all about loving children” translated into “it’s all about me.” But as long as it’s “me” that God is calling, it’s OK. I guess.

And what about those 33 + a possible other 40 kids you were busy moving around during your phone calls with The Diety? Any care about them and their families?

Several news videos are up of the homecoming. This KTVB-TV report is the most detailed.

Unfortunately, it replaces an earlier video that captured some “interesting” comments from Coulter that were disappeared in the update. Luckily, I transcribed the most egregious parts of the unsanitized version (some of which remain in the current video) below.

Q: What’s your take on what’s going to happen? Any idea at this point?

CC: No, it’s all in God’s hands. I don’t know. We’re just gonna sit
back and we’re going let him do his job. and when he wills she’ll be back. She’ll be here with us.

Q: Are you worried about the charges at all?

CC: We don’t have to worry. It…it’s, ’s like I said, it’s in God’s hands and he wants us to trust him. We are 10 Christians who obeyed God’s calling. And we went to help the nation of Haiti and their children and for reasons unknown to us, it did not go the way we planned, but we realize that God is in control, and that this was what He wanted. It’s hard to understand there’s so much…there’s so much going on that we can’t see.

Q: Do you have any idea of the timeframe of when Laura will come back.

CC: No. I’m not going to speculate. It’s, their processes is different that ours and so we’re just going to let the judge and all those involved work it out

Repeat: We are 10 Christians who obeyed God’s calling.

*** coercing poor, traumatized and desperate parents–survivors of the worse earthquake in modern history–out of their children with promises of child resettlement to upscale living quarters, a pool, soccer field, and school (none of which exist except in TeamSilsby’s head) and parental access to the kids via the Internet (!) ; that is, until the kids are adopted and spirited away by total strangers in the Great White Protestant North.

*** sneaking through back alleys and banging on orphanage doors with an entrepreneurial sociopath who can’t even pay her own employees and mortgage;

*** lying to Haitian, Dominican, and US government officials about your activities;

***diverting attention and funds from a massive humanitarian crisis to feed your specialness;

Repeat: And we went to help the nation of Haiti and their children and for reasons unknown to us, it did not go the way we planned…

Incredibly, Coulter told KIVI-TV’s’s Jackie Orozco that she hopes to return to Haiti to “to help in the future.”

Homecoming photo from The Idaho Statesman 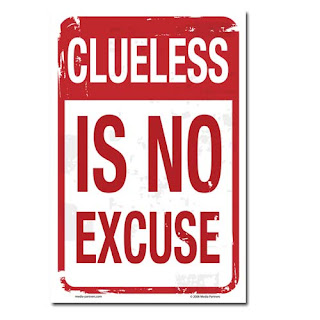 63 Replies to “CLUELESS IN BOISE: CHARISA COULTER STILL DOESN’T GET IT”