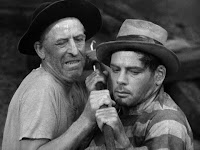 On Thursday March 10, the Evan B. Donaldson Adoption Institute is sponsoring a so-called “adoptee rights” event at the Hard Rock in Times Square. Called “Learning the RIGHT Lessons about Adoption: What the Oprah Winfrey Reunion Story Teaches Us” we are told that we will enjoy an” eclectic morning of education, entertainment, and a discussion on access to OBCs.”

What Oprah Winfrey can teach us, of course, is a mystery.
The invitation is here.
The meet-up, billed as a “unique educational event,” will include a panel of “experts” with Donaldson director Adam Pertman, rapper DMC, and unnamed” prominent activists, scholars, and legislators.” Pertman’s book AAdoption Nation will be re-issued shortly, and the launch is tied into the kumbaya.

Co-sponsors are (get ready!) The Child Welfare League of America, the American Adoption Congress, The Center for Family Connections, Center for Adoption Support and Education, Adoptees Have Answers, Concerned United Birthparents, New York Unsealed Initiative, and the New Jersey Coalition for Adoption Reform and Education.

None of these organizations has ever passed a clean records bill. Dozens of degrading, restrictive bills introduced over the last two decades, in fact, can be laid directly at their feet. In fact, the AAC opposed Oregon Measure 58 for “putting the movement back 20 years.”

The AAC and other deformers have gotten several bad bills into law: Tennessee, Delaware, Massachusetts for example, and are currently co-opting the movement and betraying adoptees through their introduction and/or support of very bad bills throughout the country this session, including ( but not limited to) the reactionary Indiana HB 469, a new Illinois bill (HB 1255) to amend and further restrict the already bad law passed under the banner of “open records;” and the incredible 30-years- in- the- making New Jersey HB 1406 which carves out default sealing for certain adoptees and all “safe haven” victims. (A list 2001 bills will be posted soon).
While “official” AAC policy claims the group supports unrestricted access, the AAC admits that it supports restrictive legislation on a case-by-case basis and “may endorse legislation if, in the judgment of the Legislative Committee and the Board, the legislation represents realistic progress for a particular state.” Where the AAC goes, the Donaldson follows.
CWLA “policy” promotes unrestricted access, but it can’t even be bothered to submit written testimony or send a local representative to testify at a state hearing .
Other co-sponsors are not politically active.
Bastard Nation, the only organization in the United States with a proven record of defeating the adoption industry and special interests by getting clean, unrestricted bills into law was not invited to co-sponsor or sit on the panel. Neither were principled leaders from the non-compromise Illinois Open and California Open. In truth, Bastard Nation would have refused to participate. We will not validate the cowardly position of the Donaldson, AAC, and other groups who do by appearing on the dais with them.

Our rejection of adoption deform does not mean that we have no response to the Hard Rock event. WE ARE THE RESPONSE. We plan to attend as an oppositional exercise. We will publicly reject restrictions on our rights and repudiate those who do. 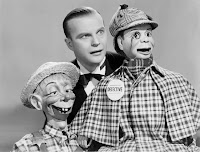 The adoptee rights movement is bastard-centric,

not corporate
Deformers, think tanks, and therapists do not speak for us!
Do not let the corpos steal our voice!

The Donaldson, founded by Spence-Chapin, is part of the adoption industry. It speaks on behalf of its own interests, not our interests! It’s “experts,” and friends promote individual repairs to a broken system by rejecting a class critique and solution to adoption and sealed records.

Deformers support disclosure and contact vetoes, white-outs, confidential intermediaries, medical and state-run reunion registries, and even baby dumping to get something passed on their watch. Their deep belief in primal wound, personal shame, and fear of upsetting special interests and the adoption industry (which some of them represent) have created the current climate of compromise and acquiescence which has all but halted genuine adoptee rights restoration. Why would any legislature restore our rights, when it’s so much easier to just “tweak” current laws and maintain the status quo? Once the fix is in lawmakers will not and cannot return to pick-up the left behind.
You can read and download the Donaldson invitation here: http://www.adoptioninstitute.org/events/2011_03HardRock.php
We want you to join us!

Bastard Nation and friends will be at the Hard Rock on March 10. Here is a tentative schedule:

RSVP the Donaldson: [email protected]
(I already did, and nobody has told me to go jump in the lake)

After meeting: lunch at a TBA location in the Times Square area.

Please let me know if you plan to attend. Several Bastards and Friends have signed on.
[email protected]

If you cannot attend but want to support us:
On March 10:
Blog about corporate and deform co-option of adoptee rights and adoption reform. Your subject need not be limited to the restoration of adoptee rights, but how deform has impacted your own battles.
No blog? Then make a statement on Facebook!
######
We have already defeated the adoption industry.
Who are the real sealed records activists now?

One Reply to “Bastards Nation! A Rock and a Hard Place! Join the Real Adoptee Rights Organization at the Hard Rock. Let Your Voice Be Heard!”