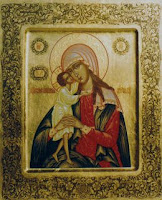 The English language Moscow Times reported four hours ago that European Adoption Consultants, contrary to earlier news reports in RPC News and Gazetta, has not been banned from operating in the Russian Federation. (see Forever Family–Forever Dead memorial blog below.) The agency, however, is under investigation over its failure to immediately report the death last week of Dmitry Yakolev (adopted name Chase Harrison) in Virginia. The Moscow Times also said that the accreditation of two other agencies, The Cradle of Hope Adoption Center and Family and Children’s Agency has been withdrawn over failure to keep the Russian Education and Science Ministry informed on the well-being of adoptees placed by them as required by Russian law. Vladimir Kabanov, head of the ministry’s adoption department denied that the agencies were connected to the Yakolev/Harrison case, saying they are guilty of separate violations.

EAC director Margaret Cole refused to comment as did officials from the other agencies.

Having spent a lot of time in Russia myself, I was curious at the speed in which the ministry had reportedly booted EAC. Usually the apparatchiki grinds as slow as a babushka picks through the rynok. It’s hearening to know that the ministry is on top of the Yakolev/Harrision case. Hopefully confusion about the case will clear soon.

July 15, 2008 ADDENDA: According to Examiner.com, as of Monday, Miles Harrison is still in the hospital.