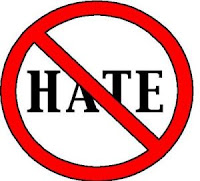 I have removed two comments posted within the last 24 hours by Improper Adoptee and am banning her posting here–ever.

These types of comments are unacceptable in civil discussion, even heated civil discussion. They are harmful to individuals, bastard integrity, and the adoptee rights movement. This is my blog. IA has her own blog. She can articulate her opinions and toss out her insults there.

As a precautionary measure, I also removed Kevan’s last comment, only because he quoted IA’s salacious remarks. Kevan is a friend and is always welcome here.

I apologize for letting this go as far as it has. And I especially apologize to long-time friends who have been attacked here in the last day.

Finally, several months ago I posted this warning at the top of the blog.

Bastardette promotes and supports free speech and spirited discussion. Obscenity and spurious personal attacks on other posters, however, will not be tolerated. Offending comments will be removed. Posters who continue to post inappropriate messages will be banned.

This is not meant to dissuade controversy or debate. But there is a line drawn, and that line has been crossed.

Now let’s get back to real business.